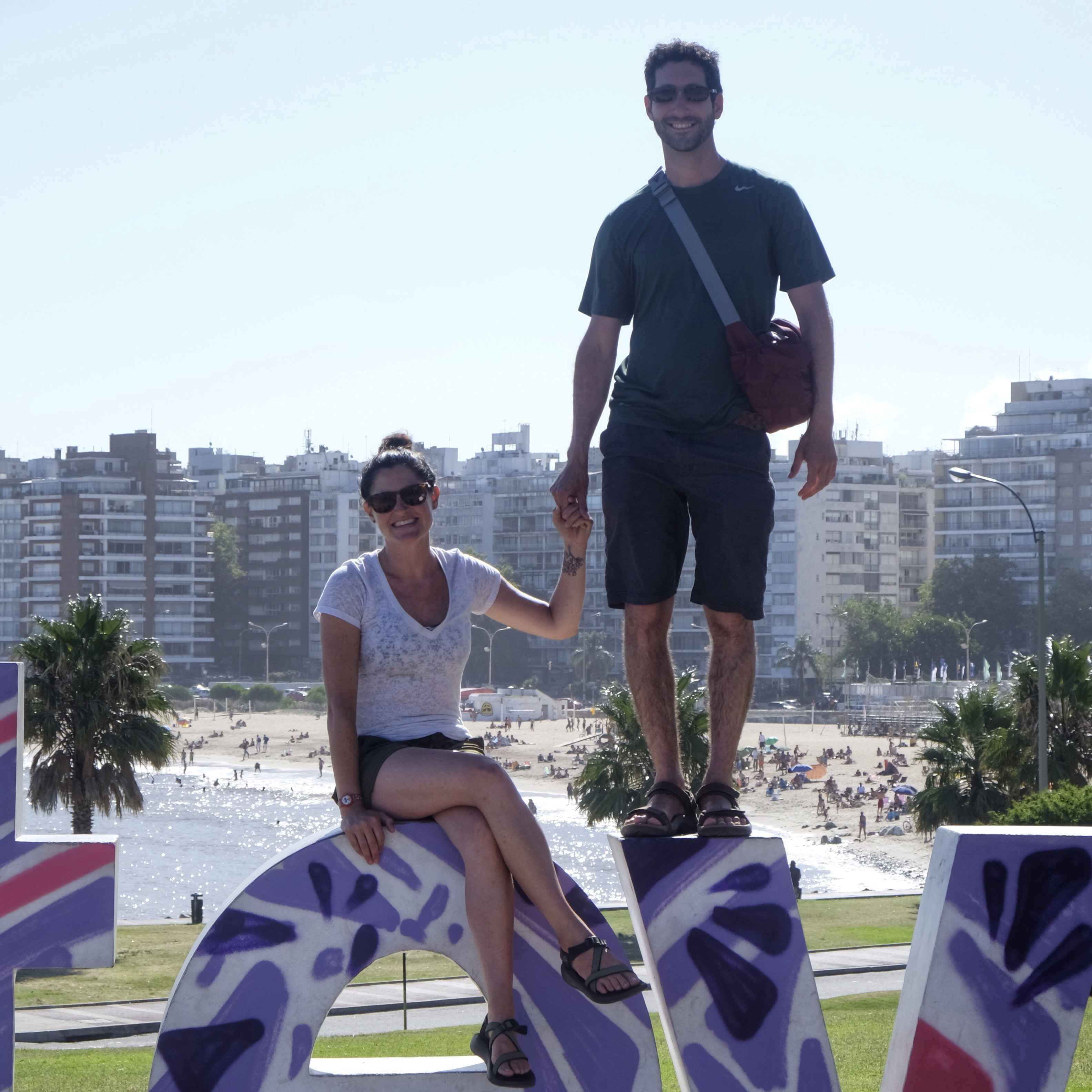 And so we disembarked overnight from Iguazu to an Argentina/Uruguay border town called Salto without being able to find any good information on how to ultimately get to our intended destination of Montevideo, Uruguay. We braced ourselves for logistical difficulties, but as often seems to be the case in our travels, the road that seems less traveled ends up being well worn, just not by us gringos. In Salto, all we had to do was walk across the street from the bus station to an agency that booked our bus over the border into Uruguay and our subsequent bus to Montevideo, all in one fell swoop.

With another 20+ hour travel day in the bag, we pulled into Montevideo and our Airbnb apartment for a few nights.**

We didn’t know what to expect from Uruguay, but some fun facts may help paint the picture of this country which strives to both be modern and progressive. One of the most interesting random facts is that cattle outnumber people in Uruguay at a rate of about 4 to 1, with 12,000,000 cows versus 3,000,000 people; outside of Montevideo, all we saw were farms, so this wasn’t all that surprising to us. It’s also worth noting that thanks to my personal efforts, there are now less cows in Uruguay, and more in my belly.

A fascinating Uruguayan figure is Uruguay’s then president, Jose Mujica, (whose term expired just a few days ago) who really epitomizes Uruguay’s desire to be the most progressive, modern Latin American country. Ego checked at the door, or more likely never really existing, he didn’t allow people to call him the Spanish equivalent of “Mr. President”, only his nickname “Pepe”. Instead of the typical limousine service most presidents require, he drove himself to and from work in his Volkswagon Beetle, and is rumored to have once picked up and driven a gringo hitchhiker to Montevideo (who had no idea who he was). More importantly, during his term, he legalized abortion, gay marriage and marijuana all at the same time which caused an uproar in what is a conservative Uruguayan society, arguably not yet ready for such changes, not unlike the good ole US of A. FYI, although he’s leaving office, these measures are expected to stick from what I’ve been told.

Specifically focusing on Montevideo, despite an obvious desire to be a modern bustling city, it seems to be squarely in mid-transition, both providing glimpses of a modern, bustling, business-oriented metropolis and a run down city struggling with poverty and modernity. Yep, a description clear as mud. Maybe some examples will help.

The Ciudad Vieja (old city) is the heart of the city’s business district during the day. We walked through the old narrow streets lined with beautiful refurbished (most of them) 19th and 20th century Spanish-style balconied facades and saw the typical suited men and women moving quickly to and fro, drinking a quick coffee in one of the many beautiful parks or eating a quick lunch at one of the many high end cafes and restaurants. But around 6:00 PM, the area turns on a dime. The business people know better and are gone; all that’s left are scores of homeless people and it’s well known the area is not safe at that time.

When we wandered around just outside of the Ciudad Vieja, into the surrounding neighborhoods (such as Barrio Sur where we stayed which was a little safer), we were able to picture the wealth of the city in the 1800s and early 1900s from the incredibly ornate buildings that line most of the street. But for every one that’s been refurbished, four are still in disrepair. Nonetheless, a new modern high-end apartment building seems to be in mid-construction on almost every block. It’s easy to picture the neighborhood 10-20 years down the line, refurbished and modernized to rekindle the beauty and elegance the city once displayed. But although the direction is clear, the economy needs to stay steady in order to achieve it, which is not a certainty.

For full disclosure, it’s worth noting there are a few newer and fully modern neighborhoods in the city such as Punta Carretas, Pocitos or Buceo, where the opulence is readily apparent with a Midtown Manhattan feel plus the added bonus of a beautiful sandy beach, with accompanying walking/running/biking/rollerblading (so 1980s) promenade.

To view all of ou Montevideo photos click here. 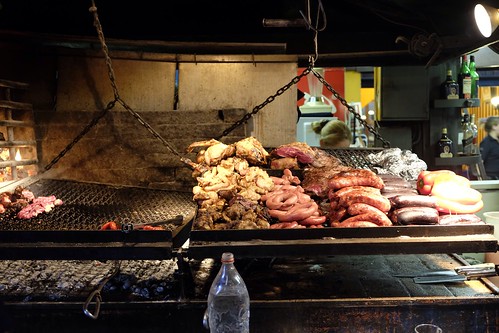 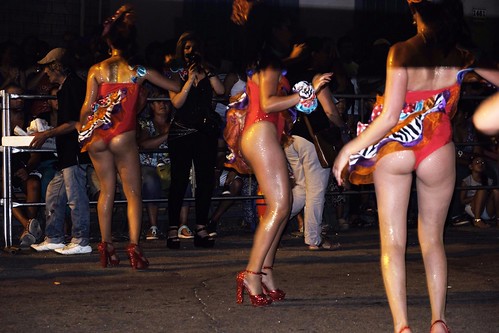 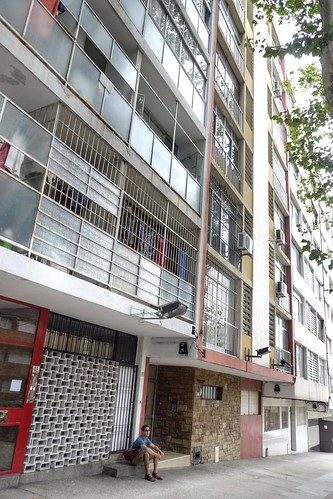 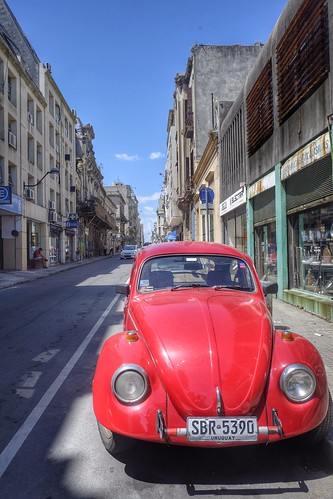 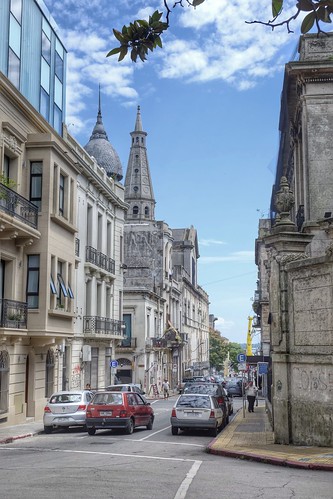 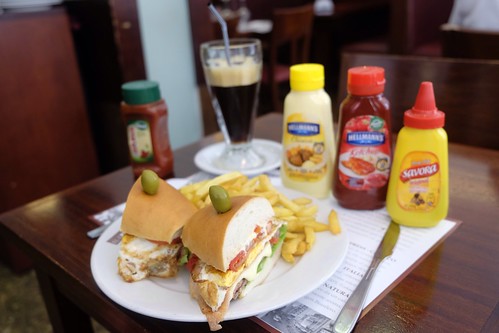 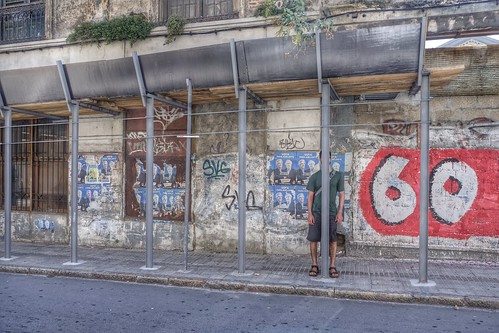 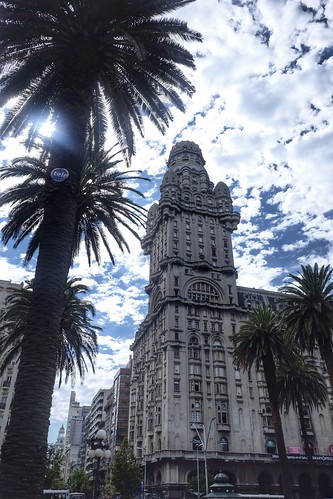 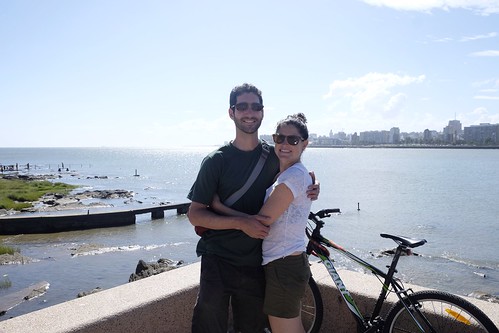 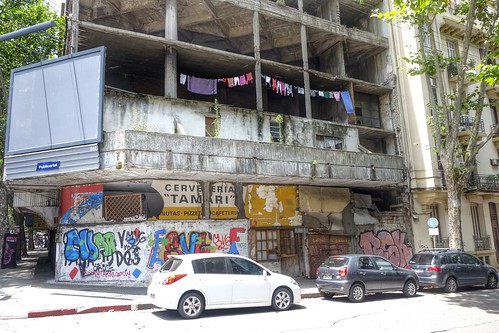 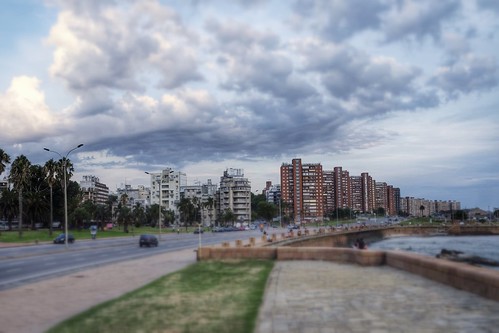 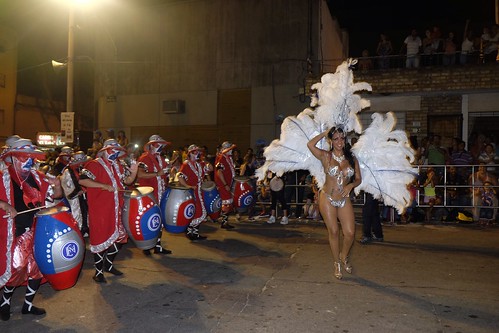 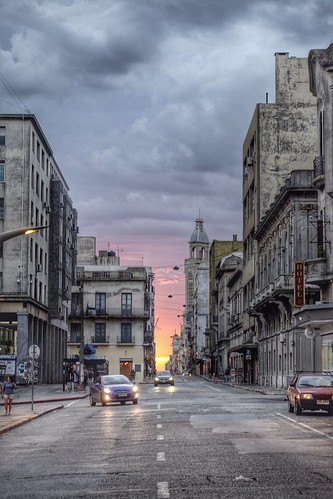 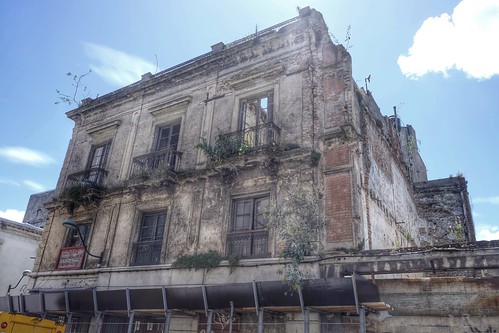 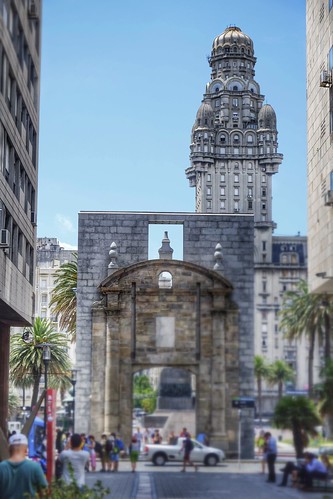 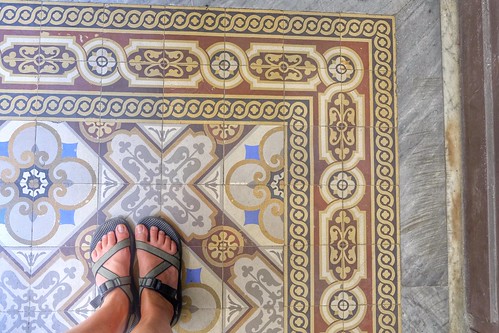 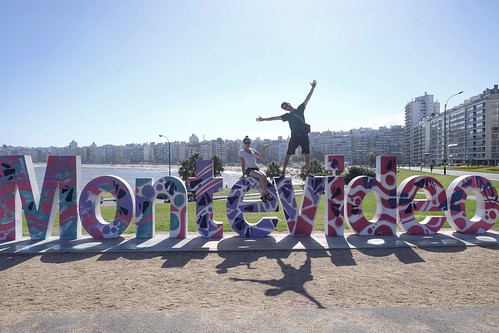 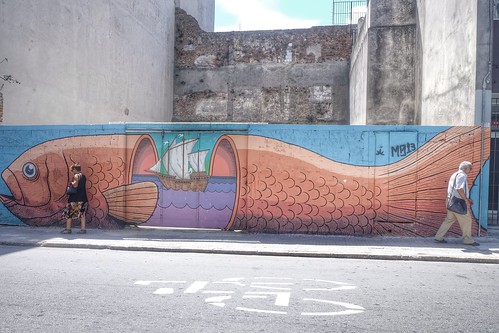 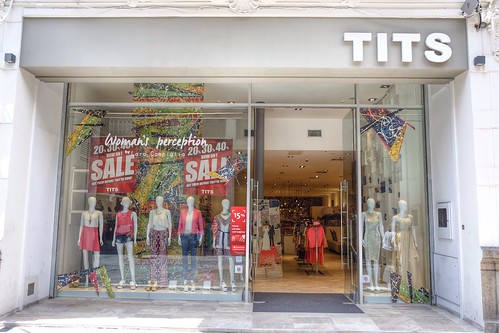