Not much to report about from Copacabana really. Copacabana is a small coastal town on Lake Titicaca from which boats to Isla del Sol depart. It’s supposed to be a South American type of vacation town, but that must be true only during certain times of the year, because when we were there, we saw mostly locals and a decent amount of rain. Best thing we did, and best thing to photograph, was just hang around our snail house villa. We stayed on a property with villas of varying shapes and themes, and we were lucky enough to occupy the snail shaped house. It was 2 bedroom/1 bath, with a round queen sized bed in each bedroom. We also had a kitchen, private outdoor hammocks and alpacas always grazing on the lawn. The villa was definitely unique!

The most interesting story about Copacabana, aside from the one about the alpacas drinking out of our hot tub, is about our drive out of Copacabana. We made arrangements with my family friend’s godson, Erik, to meet his parents and sister in his home town of Huatajata, on our way back to La Paz from Copacabana. Huatajata is a small town on Lake Titicaca with very little, if any, tourists. But Erik’s parents own a hostel there and a small museum about reed boats. If you read our La Paz post you’ll remember us mentioning that that Erik’s family is well known for their superior reed boat skills. Erik told us to take a local bus there and that his parents and sister would be waiting for us at the museum and would host us for lunch. There were even promises of homemade Cuy, which is a Bolivian and Peruvian delicacy of grilled, homegrown, guinea pig. Eww for me, but great for Danny, Stef and Doug. We thought this would be a great opportunity to get to know some locals up close and personal, and we were all looking forward to what the day would hold.

When we arrived at the museum it was empty and locked up. We wandered behind the building and saw the sign for Erik’s family’s hostel, which is also their home, so we walked over in search of life. We found an older woman who Danny and I struggled to communicate with even though we were speaking to her in clear Spanish. After an awkward start, we realized this woman was indeed Erik’s mom. As it turns out, she wasn’t really expecting us, her husband was 1 day out of some sort of stomach surgery and in bed ailing, and Erik’s sister was away at school for the day, and of course, no Cuy or any lunch prepared. Danny and I tried our best to explain that we were friends of her son Erik, and friends of Erik’s godfather in America. Honestly, we have no idea if she caught on to who we were, and it was clear she was not expecting us. She was nice enough to open the museum so we could check it out, and as we walked around, the four of us devised a plan to thank her for her time and then just get going back on the road to La Paz.

After we paid the museum entrance fee she asked of us, we headed back out to the main road to flag down a local bus headed back to La Paz. Luckily we were able to find one quickly and turned out we were the only passengers. During the ride we agreed on how strange the experience in Huatajata was. I stewed on it for a bit longer than the others and couldn’t help but be very disappointed. I thought Danny and I had made such a great bond with Erik during our dinner with him in La Paz, and I was shocked that he seemingly forgot about us, even after multiple emails confirming the date with his family. Danny thinks that his mom was just senile and that she must have known we were coming but then forgot. I’m not sure what exactly happened, but for me this was the last straw in a frustration that had been adding up during our time in Bolivia.

Aside from our wonderful interactions with Sandro, our jungle guide, we were hard pressed to find Bolivians who would make even minor efforts to talk to us, show us hospitality, show they cared whether we did business with them, or even just smile at our attempts to communicate. Regardless of how beautiful Bolivia is in terms of its natural wonders, all I could think of in that moment was how rude the Bolivian people had been to us. After some time has passed, and some distance put between myself and Bolivia, I have been able to focus on the positive aspects of our travels there, and the fun we had exploring with Stef and Doug. I think I do understand the issues that Bolivians have with foreigners, and I don’t think it was anything we imagined. To put it in the simplest terms possible, the indigenous people of Bolivia were majorly oppressed by white Europeans and they still hold a grudge. From a more historically accurate point of view, Bolivia is comprised of mostly Aymara and Quechua speaking ethnic groups who were racially discriminated against starting in the time of Spanish colonization. Bolivia’s ethnic majority was ruled by a mostly non-indigenous government up until 2005 when an Aymara peasant, Evo Morales, was democratically elected president (he still serves as president now). Now that the indigenous Bolivian people finally have a voice in their government, changes have been made to break down segregation and improve living conditions, including an effort to recognize both Aymara and Quechua as national languages in addition to Spanish. Nevertheless, Bolivia is still a country struggling with poverty and illiteracy, and the distrust of outsiders, especially people who look like white Europeans, is still very real for most of the population. It’s unfortunate that during our visit to Bolivia we felt that the majority of the locals we came across were unfriendly. But trying to understand such cultural differences, and work through them, is all part of the challenge of this adventure Danny and I are on, and after all, it does make for a good story.

To see the full album of Copacabana/Huatajata photos click here. 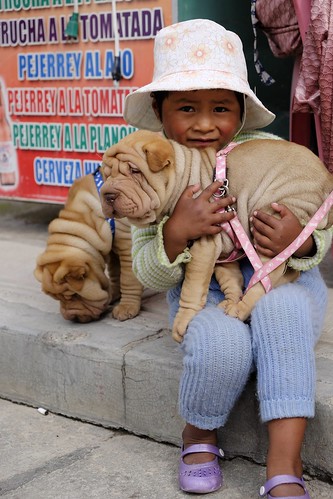 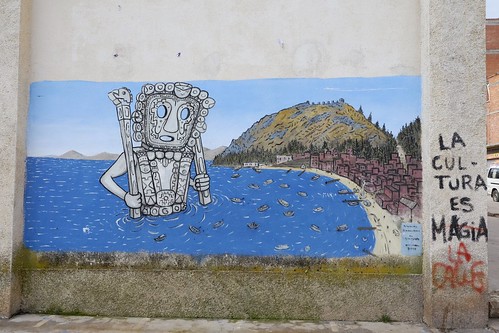 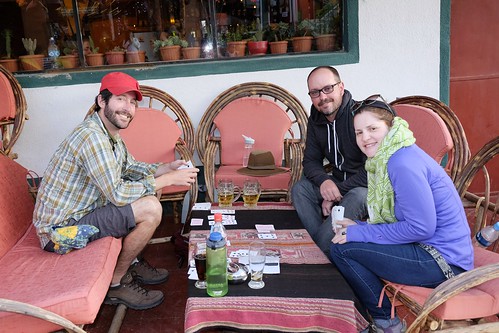 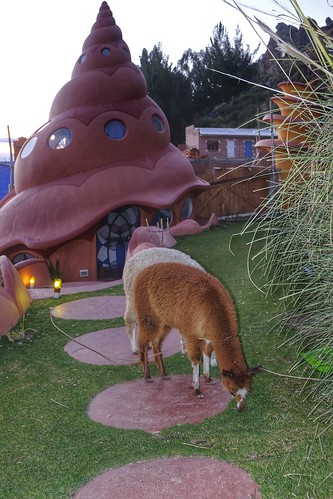 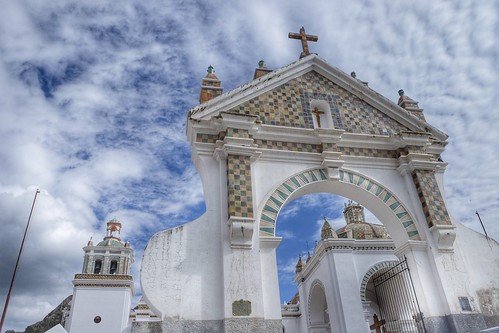 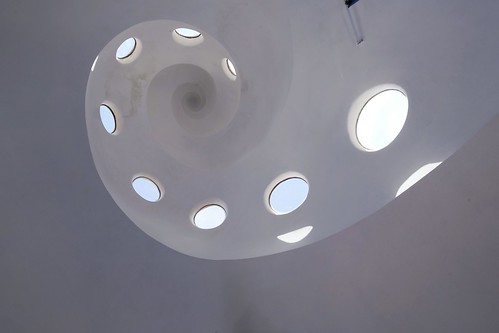 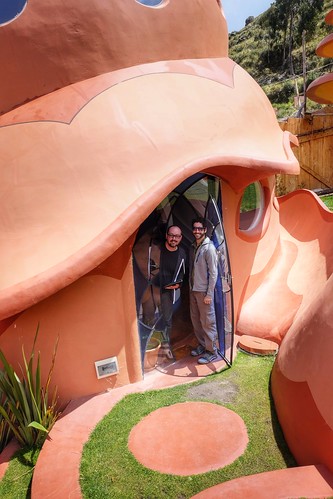 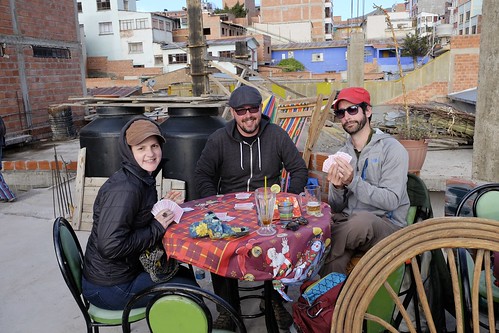 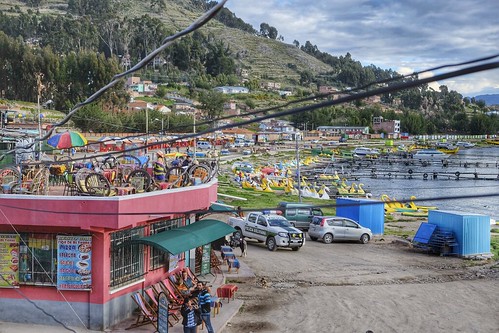 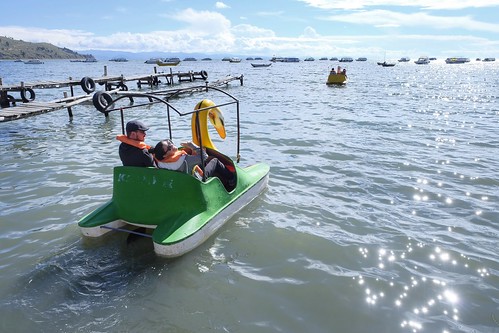 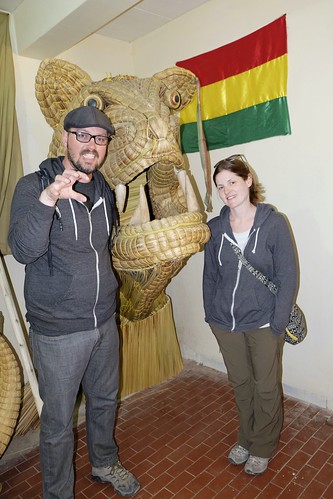 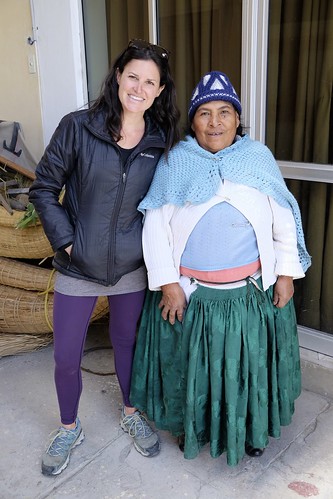 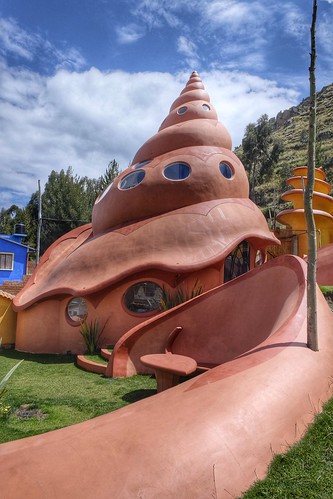