Although the purpose of our trip was to get a lifetime worth of freedom, fun and traveling out of our systems, we did take one serious stop along the way, about 50 miles outside of Hanoi, on one of our last days in Vietnam.

Our very good friend, Luke Glisan, has volunteered now three times at the Ba Vi Orphanage.  He has taken the long flight and dealt with the intense jet lag to give a part of his life, two weeks at a time, to help a bunch of orphans in Vietnam.  Why?  Seemed a little bit crazy to us going all that way to volunteer.   But given the way he spoke of the place and the impact it has had on his life, there was no way we could miss the opportunity to visit.

And we have absolutely no regrets on the decision.  Katie, a pediatric nurse who receives a modest stipend, but is for the most part a volunteer, met us at the front gate, and within thirty seconds of walking through the front gate, one of the kids walked up to us with a huge grin on her face, took our hands, and led us into the orphanage, arms playfully swinging.  It’s unbelievable in the true sense of the word that just 4 years earlier, she literally would have been locked in a room all day with no attention, care or affection from anybody.  And that’s just the tip of the iceberg of what these kids have endured before the arrival of a man named Terry Donnelly, who began a volunteer program that would change the lives of these children.  More about Terry below.

But first I want to underscore how deeply we were moved by the amazing efforts going on at the orphanage by volunteers.  The kids are truly inspirational as well. Just having someone talk to them, throw a ball to them, or even hold their hand, are such small gestures that mean so much to these kids who otherwise are seriously neglected by both their families and the Ba Vi Orphanage government staff.  During our visit we met children of all ages, from babies to teens.  We also met a few young adults who grew up at the orphanage and still live on-site, who idolize Luke.   And rightly so, as he helped them gain more independence, even buying one of them a cell phone!  We observed the rhythm of life at the orphanage and took time to play with kids who our good friend Luke had closely bonded with during his time there.  It could have been easy to be depressed by the conditions there, seeing the metal cribs most of the children are confined to due to their disabilities, the constant flies buzzing around, landing on the kids who don’t have the mobility to swat them away, and the general living conditions we saw.  Also, the government-paid staff who just keeps to themselves, and doesn’t move to help the kids much and seemingly have no respect for what the volunteer staff is doing to turn the place around, could have been a real buzz kill.  But surprisingly, we both left the orphanage with more of a feeling of hope for the future of the children who live there.  And a deep respect for people like Luke, and the volunteers we met, who are truly turning life around for these kids.

Our one day visit doesn’t do the organization much justice.  So here’s a little background I wrote to raise funds for Ba Vi back during Thanksgiving that I want to share on the blog.  The story of the Ba Vi volunteers is a much longer one than our single day visit, with an ending still yet to be determined which is why our help is so important…

The Ba Vi Orphanage is in rural north Vietnam about 50 miles west of Hanoi.  The government-run orphanage cares for children with disabilities.  The kids’ parents are typically rural farmers who, from what we understand, don’t have the time or resources to care for disabled children (in a country that offers limited resources for the disabled community as a whole) while providing for the rest of their families.

When Terry Donnelly came across BaVi, in 2012, no word other than shocking could be used to describe the living conditions.  The children, ranging from babies to teenagers, and with disabilities ranging from being born with missing limbs, severe autism, to other conditions that require consistent care, were essentially locked indoors in rooms, often in metal cribs with no padding, and never attended to except to be fed daily and bathed once every three days.

Terry made it his mission to start a volunteer organization and improve the kids’ standard of living.  Through Terry’s tremendous efforts, he’s turned a lot of this around.  The children now have volunteers teaching them, guiding them through basic skills like feeding themselves and using the bathroom independently, and taking them outside to do things beyond simple in our world such as to feel the sunlight on their faces or touch a leaf on a tree.  The effects of such simple, basic changes is really an incredible thing to see through the kids’ laughter and smiles.

But the Orphanage has little funding and is not able to provide the basic medical services that these children need.

Our friend, Luke, has volunteered at Ba Vi on three separate occasions and the kids there have completely won him over.  He has identified medical care as one of the biggest needs for the 200 kids at the Orphanage.

Other things funded through the volunteer organization in 2014:

100% of the donations from fundraising fund medical care for children at the orphanage.  Administrative costs are funded separately through the volunteers who visit the orphanage.  If you are interested in donating, please click HERE.

Donations are tax deductible through a partnership with a 501c3 registered nonprofit organization here in the United States.  You will receive a separate email to use for tax purposes if you make a donation.

We didn’t take many pictures during our visit, but here are a few… 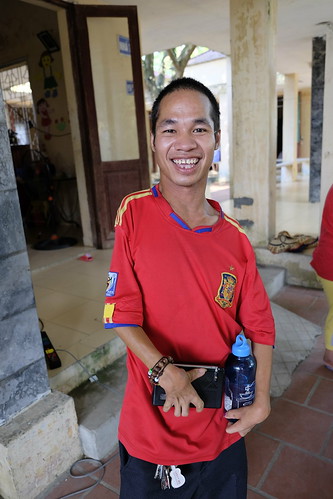 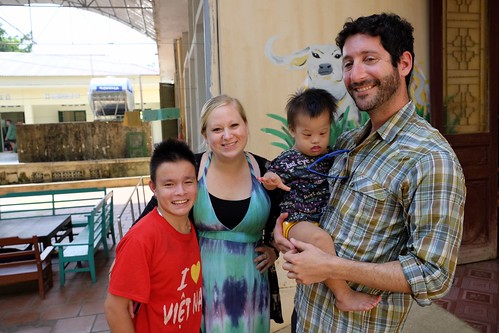 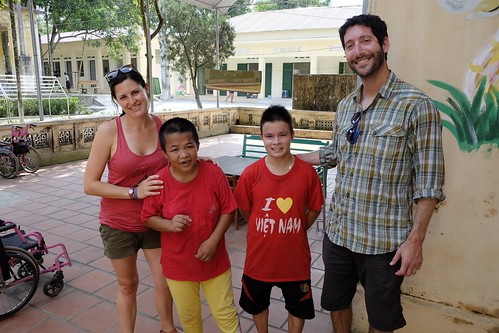 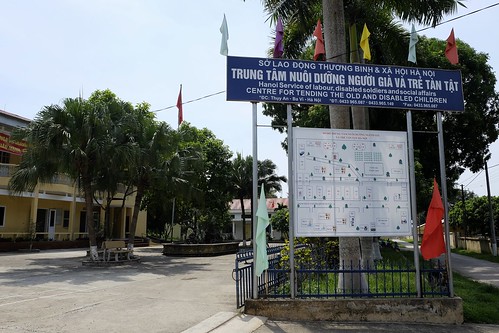