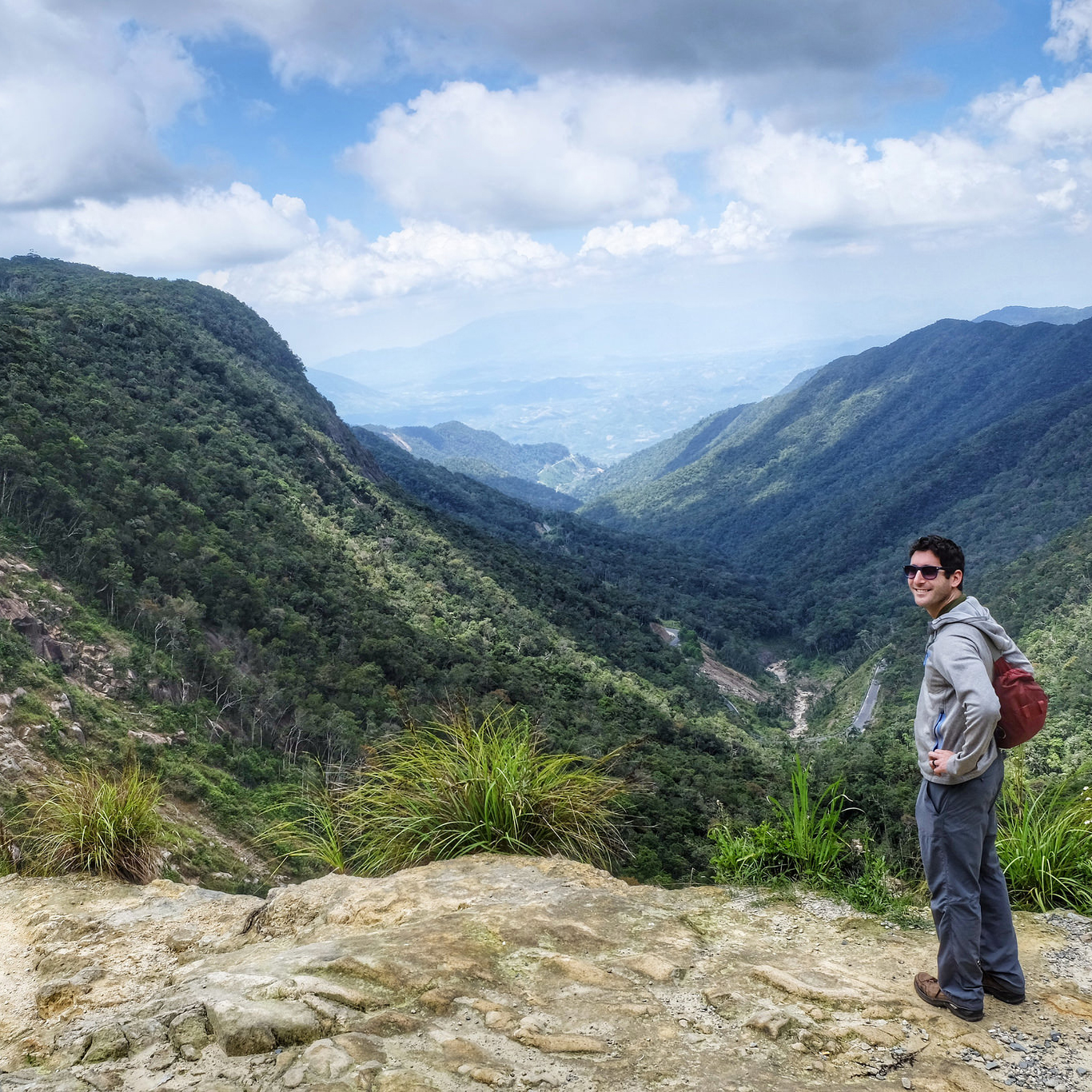 It’s hard to argue that our overnight bus from Saigon to Da Lat didn’t start off on the right foot, because it was Lindsey’s right foot, and some little girl had just puked on it.  Ok, it wasn’t quite that bad, but Lindsey was in her socks (you have to leave your shoes just inside the door to the bus) figuring out how to get onto the top bunk of her overnight bus bed/seat and this little girl who was her bottom bunk mate lost it.  Lindsey’s foot had a wee bit of collateral damage.  Mind you, the bus hadn’t started moving yet.  Anyway, the point here is that I thought it was pretty funny, and 6 months later, Lindsey finally does too.

By the way, I encourage all of you to Google Image “Vietnam Sleeper Bus” to see how you can actually fit 3 rows of bunk beds throughout a normal sized bus, and how cramped these “beds” are, at least for anyone over 5’6”.  So shorty Lindsey slept like a log, and I did not so much.   It didn’t help either that our driver drove like a maniac and got in over an hour earlier than scheduled, which had us arrive just before sunrise while the town was still asleep and nothing was open.

But it was pretty neat pulling into the quaint Vietnamese city of Da Lat as the sun rose.  It’s known to be the place to go for Vietnamese for a romantic getaway, and it really is a pretty city with some nice restaurants, a scenic lake with the requisite swan-shaped paddle boats, and of course a cell phone tower shaped like the Eifel Tower.  After arriving at our hotel and waking up the owner, we were delighted to learn our room was ready (we’re talking around 6 AM mind you), so we went straight to sleep for a few hours and then woke up feeling great.

I’ll throw a few highlights from the city below, but the real focus here needs to be on the Easy Riders that drove us the next day via motorcycle roughly 90 miles from Da Lat to the city of Nha Trang.  Years ago a group of Vietnamese motorcycle enthusiasts and entrepreneurs started the Easy Riders to both drive tourists around from point A to point B, but also to be able to interact and add local color to the average tourist experience.  And we were not disappointed.  Plus, from everything we read about Vietnam, and from recommendations from friends, we knew that the classic way to see Vietnam is on a motorbike road trip.  We didn’t have the guts, or the hardened butts, to drive ourselves around the whole country on motorbikes, so we decided to give ourselves a taste of the motorbike life, and the day trip wound up being perfect for us.

Our drivers were really cool although often hard to understand, especially with big ole motorcycle helmets on and wind whipping in our faces.  It actually took me a few hours to realize my guy’s name was “Ted”, not “Dead” (made more sense that way).  Lindsey’s went by Mr. Joseph.  These guys were older, probably in their 50s, and had been around for the Vietnam war.  Both were avid proponents of the South during the war and told us how much their lives changed when the communists won.  One of the most interesting insights of the many they gave us was why Vietnamese don’t hate Americans.  It’s a good question considering the US was an invading army.  From Ted and Mr. Joseph’s perspective, Bill Clinton almost rose to the level of a hero, coming in and convincing the communist government to start privatizing land (returning rights to many of the people it was taken from) in exchange for certain strides towards reduction in human rights violations.  I did some brief research, and a huge factor in the Bill Clinton normalization of relations with Vietnam in the early 90s was also Vietnam’s cooperation with the US in trying to resolve remaining MIA soldier cases from the war.  Although it didn’t come up in conversation with Ted and Mr. Joseph, another important reason why Vietnamese don’t bear a huge grudge against the US is that they won the war.  In any event, we never really got the impression anywhere in Vietnam that we were not welcome.

As you’ll see in the pictures, the ride was beautiful, at times we rode through long flat stretches of rice paddies, coffee plantations, pepper plants and all sorts of produce.  The highlight for me was the winding mountain pass we rode through, which, once over the pass, had deep sweeping views of the valley on the other side.  I do have to say though, it would have been tough to do more than a day on a motorbike because it was crazy hot, especially in the afternoon when the even the breeze from the movement of the motorcycle felt like a furnace.  Oh and our butts were not in good shape for even a 6-hour motorcycle ride!  But despite the sweating and sore butts, it was such a cool experience. 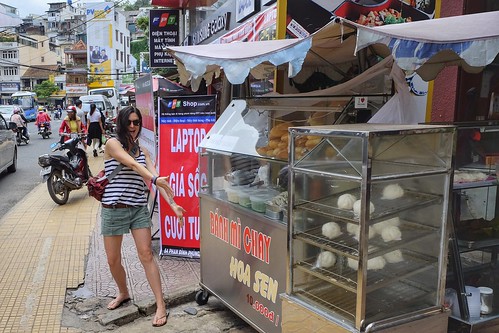 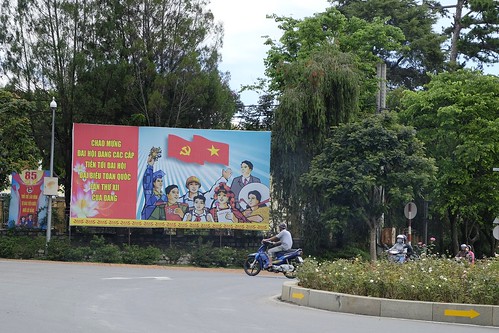 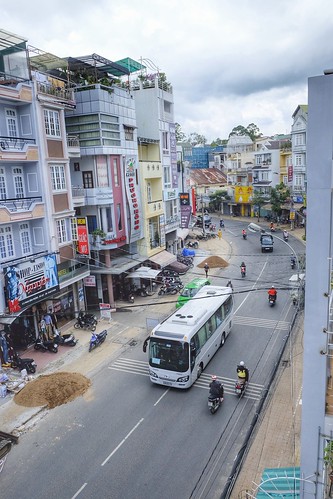 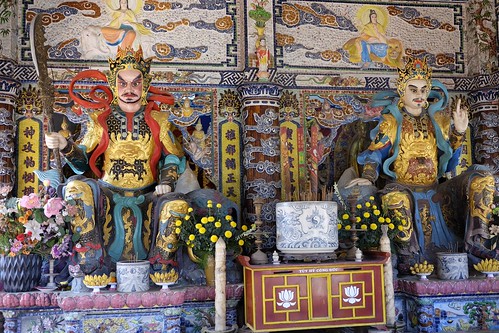 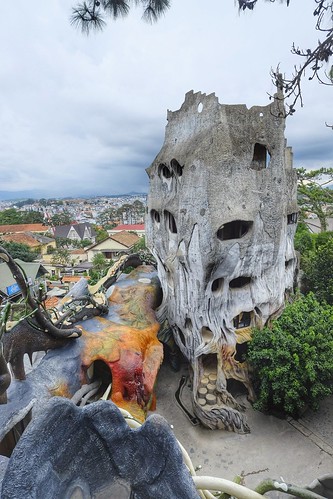 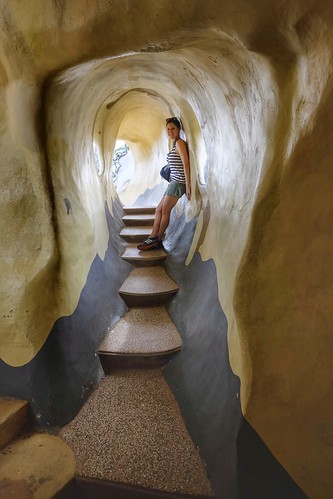 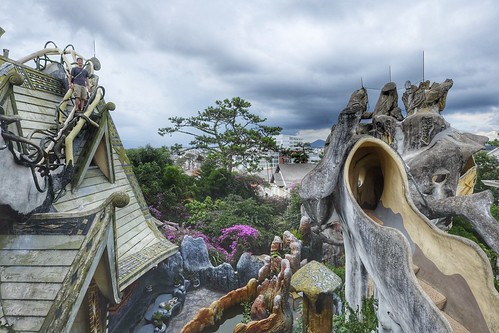 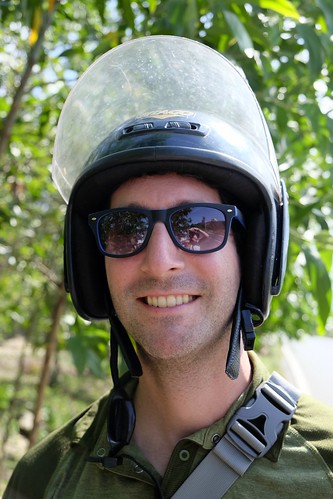 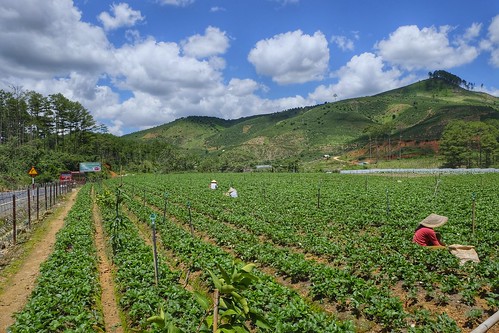 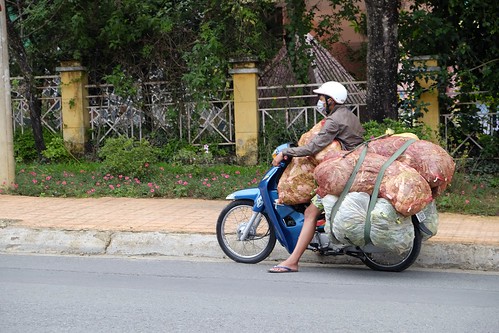 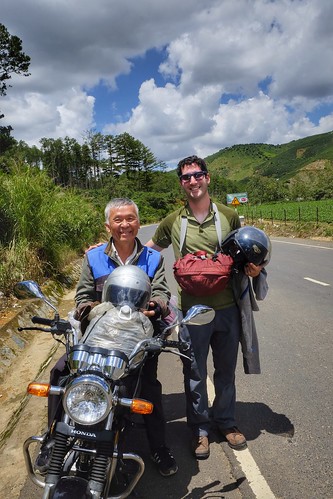 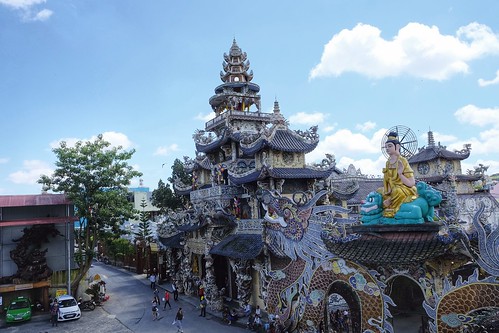 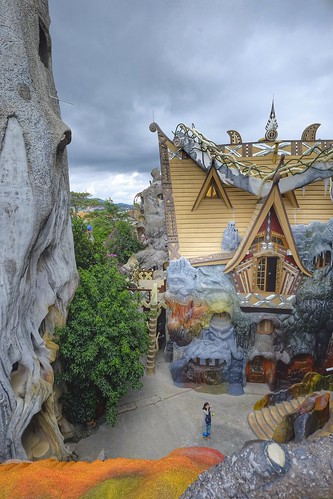 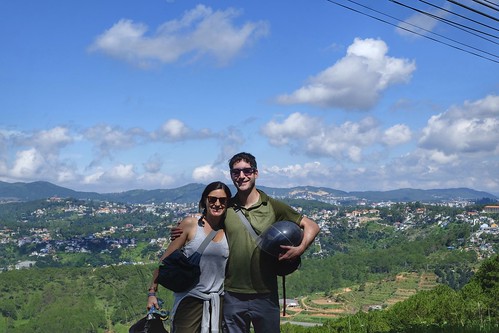 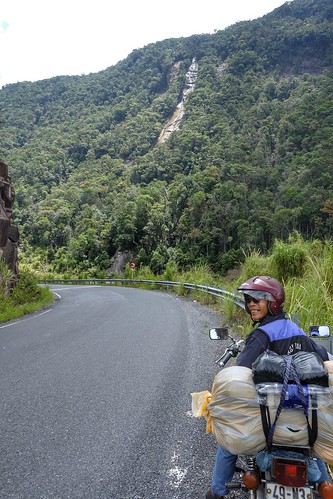 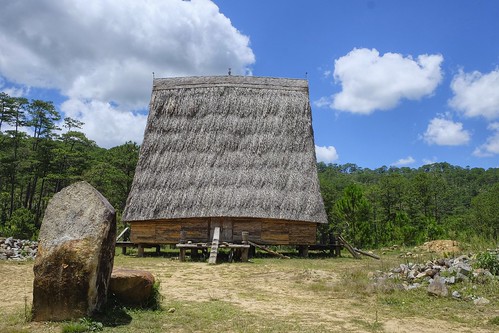 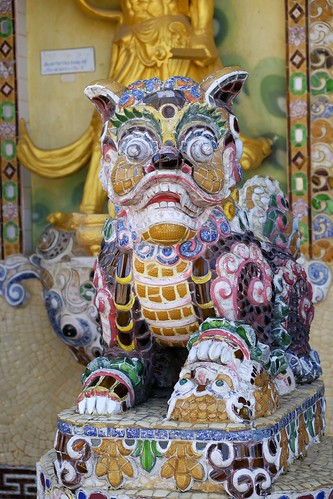 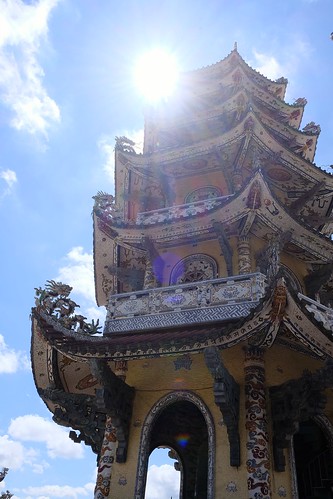 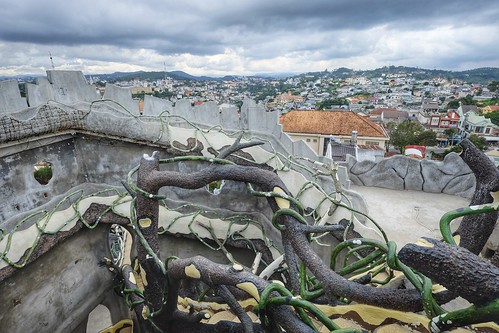 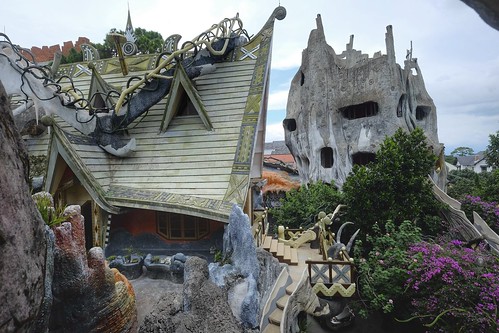